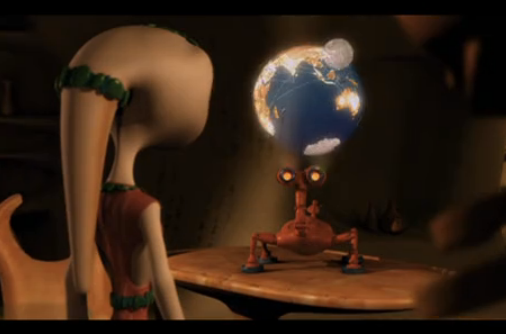 Senn (Justin Long) and Mala (Evan Rachel Wood) are two rebellious alien teens living on the beautiful planet Terra, a place that promotes peace and tolerance, having long ago rejected war and weapons of mass destruction. But when Terra is invaded by human beings fleeing a civil war and environmental catastrophe, the planet is plunged into chaos. During the upheaval, Mala befriends an injured human pilot (Luke Wilson) and each learns the two races are not so different from one another. Together they must face the terrifying realization that in a world of limited resources, only one of their races is likely to survive.