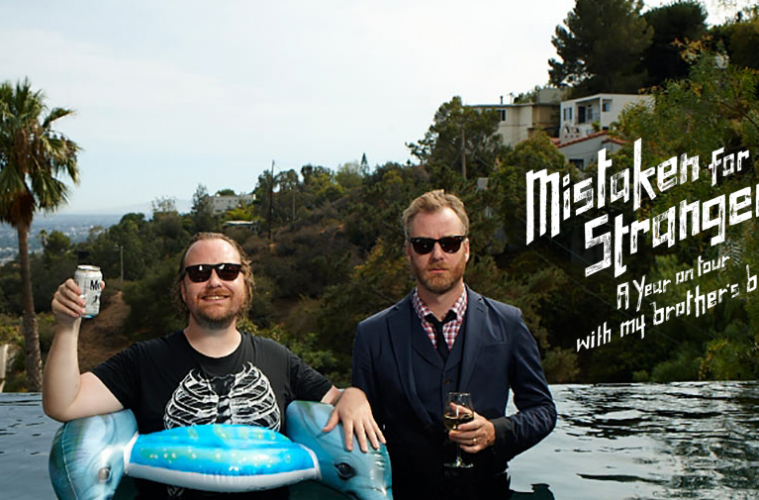 Hailed by Michael Moore as “one of the best documentaries about a band that I’ve ever seen” and by Pitchfork as “the funniest, most meta music movie since SPINAL TAP,” MISTAKEN FOR STRANGERS is a truly hilarious, unusual, and moving film about two brothers, Matt and Tom Berninger.

Matt, the lead singer of the critically acclaimed rock band The National, finally finds himself flush with success. His younger brother, Tom, is a loveable slacker – a filmmaker and metal-head still living with his parents in Cincinnati. On the eve of The National’s biggest tour to date, Matt invites Tom to work for the band as a roadie, unaware of Tom’s plan to film the entire adventure.

What starts as a rock documentary soon becomes a surprisingly honest portrait of a charged relationship between two brothers, and the frustration of unfulfilled creative ambitions.

Find out about Screenings and Buy a copy: http://mistakenforstrangersmovie.com/