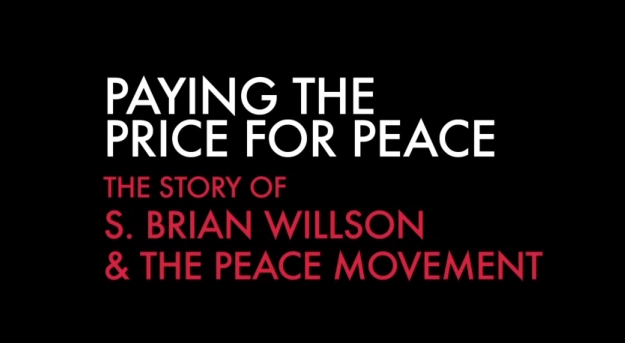 Paying The Price for Peace

The Story of S. Brian Willson & The Peace Movement

A documentary about S. Brian Willson, peace activism, consciousness and what we can do
to stop the war.

If you feel inspired to help get this important film finished, please send a donation to:

Bo Boudart is a producer of wildlife, ecology, cultural, human rights, cultural, educational and science programs. He has initiated productions in Asia, Indonesia and Philippine Island Archipelagos, South America, Africa, Australia, the Arctic, the Caribbean, and throughout the United States. Boudart has produced documentaries, animations, educational, marketing and informational programs for distribution in all formats. Many of his programs have aired on the Discovery Channel, Public Television, Canadian Broadcasting, NHK Japan, French TV, and the Middle East.

Brian’s 8-minute segment from my film: “What I’ve Learned About US Foreign Policy” at:  www.youtube.com/watch?v=1Rkvl9XHCYU&feature=related

All of Brian’s essays on his website are well worth reading: www.brianwillson.com

You can also read about his new book: “BLOOD ON THE TRACKS: The Life & Times of S. Brian Willson”at:www.addictedtowar.com/SBWillson.html