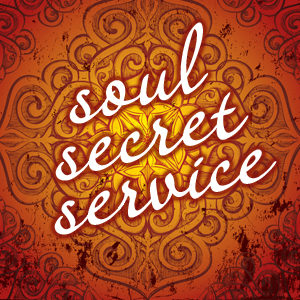 Tata Pedro Cruz who’s maya name is k’u’x’ya (pronounced Khoosh-ya) meaning heart of the lake, is one of the last living Tzutujil (pronounced Tsu-tooheel) Mayan elders of Lago Atitlan (pronounced Ati-tlan) Guatemala. He is a member of the Council of Mayan Elders of Guatemala and 2005 World Peace Ambassador. He has been working to bring together surrounding Maya from neighboring villages to hold ceremony with one another.  He started holding a gathering of elders and young Maya from all over Guatemala and  traveling to Tikal where he has been holding ceremonies in Tikal at the main Jaguar courtyard for the December 21 winter solstice for the past 6 years and will continue to do so until December 21 2012. Tata Pedro’s main philosophy is in order for us to come together as a world we must first come together in our own communities.  He has been leading ceremonies to unite varying Maya lineages, along with allowing westerners to be a part of some of the Maya ceremonies bringing together a unity of all races, continents and creeds.  He is a day keeper of the Tzutujil (pronounced Tsu-tooheel) Maya Calendar which is a branch of the Qui-ché Maya. He has been leading workshops to unite the Maya within his communities and teaching youth around the world about the wisdom of the elders and the Maya ancestral knowledge. Through all of his experiences throughout life, his main phrase can resonate with all of us.  “No matter what, always with love.”

about his projects, and what it’s like being an independent creative in 2010. How to keep creative and stay inspired.
http://www.knewways.com

Conversation with songwriters Chris Jacks and Mary Beth Abella about what it’s like being a musician in Los Angeles in 2010.

Tara Antler Reiki Master, Holistic Health Care Practitioner and Certified Yoga Instructor. She feels life is about rediscovering and remembering who we are, regaining an open heart. When the heart is open we radiate, creating new possibilities for expansion, awareness and fulfillment. It is up to us to create the abundant and beautiful life we want to live.
http://www.tarahealingsanctuary.com/
——————————————

Alison Fast and Chandler Griffin had been on the Gulf Coast filming short features in connection with the Gulf oil spill. Tune into the soul secret service archives.

—Alison is a Peabody Award-winning television producer who has worked for NBC/Universal, BBC Worldwide, MTV networks. She is also program director of Barefoot Workshops. http://www.fastontherun.com

—Chandler is the founding director of Barefoot Workshops, whic8h provides courses in documentary filmmaking, and has instructed more than 50 workshops. http://www.barefootworkshops.com

Barefoot Workshops is a New York City-based, nonprofit organization They travel around the world providing workshops that teach individuals and organizations how to use digital video, new media, and the arts to transform their communities and themselves.

Their projects have taken this mid-30s couple to Africa, the Middle East, Latin America, North America and Europe.

Walter Anderson is a Mississippi icon that lived 1904-1965. He had a transcendent connection with Nature through his art.

He would go out to Horn Island and draw and paint under his upturned boat.

“Anderson’s obsession to “realize” his subjects through his art, to be one with the natural world instead of an intruder, created works that are intense and evocative.”
— from http://www.walterandersonmuseum.org/frameset3.htm

Here is their first story.

On August 29, 2005, Sofia Aderer, age 7, lost her home to Hurricane Katrina in Waveland, MS, a town that was “wiped off the map” when it received the eye of the storm.

In response, she penned a song called “Katrina Blues” that won the attention of local media.

Now, on the eve of the five-year anniversary of the storm, Sofia is at it again, with a venture that she started in early June to address the impact of the Deepwater Horizon oil spill on birds and other affected animals.

Her “bird project”, called the Sofia Aderer Audubon Society Fund, is a testament to the resiliency in young people, and their ability to turn a negative into a positive through creativity and self-expression.

This video is part of a series, created by Alison Fast and Chandler Griffin, a husband-wife team, producing stories to give voice to residents of the Mississippi Gulf Coast.

One of their main points of interest regarding Pascagoula is a U.S. Department of Energy proposal to withdraw 50 million gallons of water from the river a day for five years to hollow out the underground Richton salt dome as a storage site for the Strategic Petroleum Reserve.

Fortunately, after much opposition, the plan is on hold. But there’s considerable irony to it now that the Gulf oil spill is washing up at the mouth of the Pascagoula. You might say that the river is threatened by oil from above and below.

It seems like in our sleep we have been turned from Citizens to Consumers. When did we become just consumers and no longer citizens? Tonights show will focus on how we can wrestle ourselves free of Big Business Corporate control. How we got here, how to stay creative in the midst of these freaky times, and some music for freedom. Artists, Musicians and Creative types —Everybody Come Together.

•Change the Law/Amend Constitution
On January 21, 2010, with its ruling in Citizens United v. Federal Election Commission, the Supreme Court ruled that corporations are persons, entitled by the U.S. Constitution to buy elections and run our government. Human beings are people; corporations are legal fictions. The Supreme Court is misguided in principle, and wrong on the law. In a democracy, the people rule. Sign Petition on http://movetoamend.org

• Inside Connection/Tap for Mother Earth
(Tap on EFT points on your body in meditation the 11th day of every month at 11 am. Free Teleclass.

Dave Crocco & Cela Scott recently returned from a trip to the Gulf. They talked to people there and have first hand reports. They’ll talk about why they went and what happened. We’ll also hear a bit of their music. http://www.ickysego.com —See some of the photos they took in the Gulf at http://ickysego.wordpress.com/2010/06/24/truth-action-productions-and-ickys-ego-chronicle-oil-disaster/