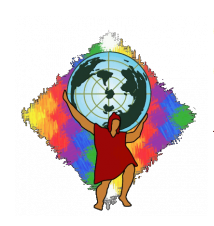 When President Morales of Bolivia launched his invitation to the world to come to Bolivia to develop a Peoples’ Agenda for Climate Change, he never imagined the overwhelming response it would generate. Over 30,000 attending.
http://envivo.cmpcc.org.bo/?lang=en
http://pwccc.wordpress.com/

The poorest nations, the ones that are not industrialized for the most part, are the ones who are feeling its effects of global change first. For example Bolivia’s glaciers (providing 20% of the drinking water) are melting. They have lost an estimated 50% of their volumn in the last 40 years.  —Read More

“When I arrived at the United Nations climate summit in Copenhagen in late last year, the first thing that struck me were environmental activists braving the freezing weather to voice their disappointment at being locked out of the largest ever international meeting on climate change. Inside the conference, I realized that Bolivia was in a position similar to that of the protesters outside. We, the representatives of the majority of the world’s peoples, were effectively being left in the cold while a tiny group dominated by a few rich governments met in private to produce an unacceptable compromise.” — President Evo Morales, Bolivia
Read More

“During the intense and wide-ranging debates at the People’s Conference, we never expected to immediately agree on a global solution, but we do have the ambition of putting forward concrete proposals that represent a fundamentally democratic, inclusive and equitable approach to addressing climate change. We invite you to be a part of this urgent, ongoing dialogue, which remains open to all peoples and all governments that co-exist on this unique and fragile planet.” — President Evo Morales, Bolivia

The Summit ended yesterday, a final declaration was made, The Cochabamba Protocols. Please go here http://envivo.cmpcc.org.bo/Final-Declaration-relies-on-wisdom to read about it. It has not been published in English as of 4/23/2010.